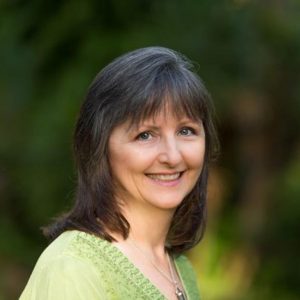 Kelly J. Stewart, owner of StarLightworker Healing & Massage, and co-creator of Sacred Pathways Sarasota is a spiritual being having a human experience. Kelly found massaging bodies far superior to her old career of massaging numbers. She loves helping people feel well, and she has many tools available to assist her in reaching that goal.

Kelly became a bodyworker in 2007. She studied massage at The Massage Therapy Institute in Davis, CA and then graduated from the Sarasota School of Massage Therapy in 2013 after moving to Florida. This followed years of studying energy healing techniques that led her to leave the corporate world behind and create opportunities for others to experience what she has – healing of the mind, body, and soul.

Kelly is a Reiki Master Teacher and leads energy healing groups and workshops. Her favorite quote and a concept she lives by is by Anais Nin — ‘And the day came when the risk to remain tight in a bud was more painful than the risk it took to blossom.’ 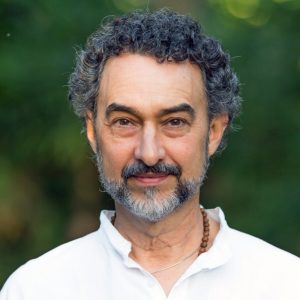 After a lifetime of exploring many different spiritual paths, from Southern Baptist to Zen Buddhism, John Stewart, aka Jiwan Shakti, had the good fortune to be introduced to Kundalini Yoga in 1990 at The Kundalini Yoga Center in Altamonte Springs, Florida. He attended classes there for several years and has practiced this form of yoga ever since.

John had the life-changing experience of a personal meeting with Yogi Bhajan, who gave him his spiritual name, Jiwan Shakti, and a personal “meditation assignment” which took many, many years to complete, meditating everywhere from airplanes to freezing camps in the Sierras.

Jiwan Shakti has attended a number of Summer and Winter Solstice Celebrations where he’s experienced White Tantric Yoga and worked with yogis from around the world. He completed one of the first Kundalini Yoga Instructor training courses offered in New Mexico in 1997 and has taught various workshops and classes over the years, always staying true to the original teachings of Yogi Bhajan. He has also been strongly influenced by the teachings of Osho, Patanjali, and many other spiritual men of action.

He continues to meditate and practice daily, and to move toward total integration of body, mind, and spirit. “Yogi Bhajan said that as we were taught, we must teach others and help them along their path; don’t change anything and keep the teachings of Kundalini Yoga pure and simple.”